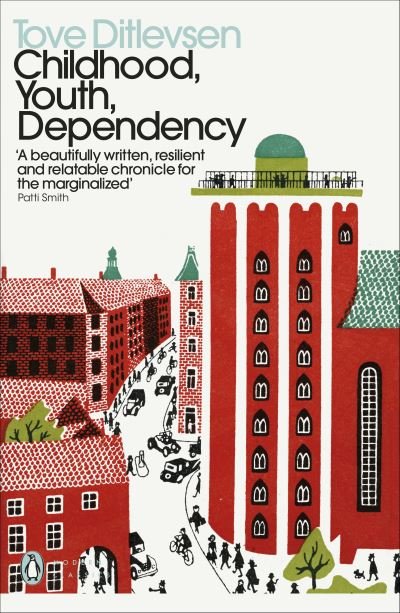 'Utterly, agonisingly compulsive ... a masterpiece' Liz Jensen, Guardian. Following one woman's journey from a troubled girlhood in working-class Copenhagen through her struggle to live on her own terms, The Copenhagen Trilogy is a searingly honest, utterly immersive portrayal of love, friendship, art, ambition and the terrible lure of addiction, from one of Denmark's most celebrated twentieth-century writers. Growing up in a working-class neighbourhood in Copenhagen, Tove feels that her childhood is made for a completely different girl. As 'long, mysterious words begin to crawl across my soul', she comes to understand that she has a vocation that will define her life. Her path seems assured, but she has no idea of the struggles ahead - love affairs, wanted and unwanted pregnancies, artistic failure and destructive addiction. As the years go by, the central tension of Tove's life comes into painful focus: the terrible lure of dependency, in all its forms, and the possibility of living freely and fearlessly - as an artist on her own terms. 'Sharp, tough and tender ... wrenching sadness and pitch-black comedy ... Ditlevsen can pivot from hilarity to heartbreak in a trice' Boyd Tonkin, Spectator. 'Astonishing, honest, entirely revealing and, in the end, devastating. Ditlevsen's trilogy is remarkable not only for its honesty and lyricism; these are books that journey deep into the darkest reaches of human experience and return, fatally wounded, but still eloquent' Observer. Tove Ditlevsen was born in 1917 in a working-class neighbourhood in Copenhagen. Her first volume of poetry was published when she was in her early twenties, and was followed by many more books, including her three brilliant volumes of memoir, Childhood (1967), Youth (1967) and Dependency (1971). She married four times and struggled with alcohol and drug abuse throughout her adult life until her death by suicide in 1978.