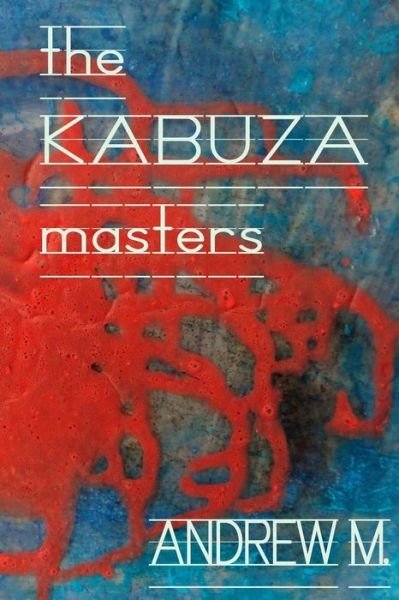 Publisher Marketing: What is kabuza?, you ask. I would respond that kabuza is the greatest truth, the only truth, except such an answer would be a gross understatement; for kabuza is everything that truth could never be, or what truth was originally meant to be but never matured into, or what we vaguely and dubiously reach for with gestures at "truth," but which we consistently fail to grasp, without knowing why. Go ahead, laugh at the mere suggestion, slam the book shut, sling it back into the corner by the toilet to be accidentally peed upon over the ensuing weeks, or even simply toss it in the toilet on your way out, with the parting judgment, You are shit, and so a shit's fate you shall suffer. Go ahead: do you honestly think that someone in my position-someone with kabuza-would care? I could not even begin to enumerate the reasons for my indifference to your reaction, your feelings, your views, your existence. But I suspect that, if I could achieve the impossible by ranking this infinity of reasons, foremost among the list would be the fact that Kabuza is the ultimate truth, admittedly, is not an answer so much as a hint that an answer is coming, so that for you to make such a fuss over the answer, such a triviality, is to trivialize your own self. I say, Kabuza is the ultimate truth, primarily because I must, because it is difficult to begin any other way. One does not define kabuza so much as tell what it's like, what it isn't, what it could or could not be, how someone finds it, what it means to him. This is no coincidence: kabuza admits of no direct explanations, only histories: discussions of kabuza cannot be rid of circumstances and particulars because kabuza, while a kind of logic-of existence, of the universe, of logic itself-is a logic infected with circumstances. You are disbelieving, you pig. You think that if I know what kabuza is, I should be able to say it clear and simple. Since I cannot, you take me to be a charlatan; you suspect that there is a direct explanation, one that I haven't perceived. You take your own captiousness to be principled objection to my authority. But listen again to your question, which is properly a joke. I say, Kabuza cannot be explained directly, because its logic is tied up in circumstantial particulars. You oink, Must this really be so? You say, in other words: is the evasiveness of kabuza-the entanglement of kabuza with history, of logic with circumstances, of truth with irrelevance-a reflection of the truth, or of the mere circumstance of my limited understanding of the truth? Mull over that one at your leisure, my dear piglet. Feel hoodwinked: accuse me of shrouding my own kabuzal authority in kabuza itself, of neutralizing your attacks before they can be launched. Call me a charlatan. But wonder, secretly, whether my behavior might be not a scam, but the very distilled essence of kabuza, kabuza in action. Answer me this: how can you judge any teacher's authority, his knowledge of that which you do not know, his ability to fulfill a need in your life that you by definition cannot fully grasp? I absolve you of the question, because I absolve myself of you. Long before you were aware even of the possibility of facing the choice whether to accept me as your teacher, I have rejected you as my disciple. It is but another outstanding reason why, insofar as you consider leveraging a criticism against any part of this book, you greatly overestimate your relevance. You are nothing but a member of the great readership, a readership as vast as it is irrelevant, an incidental member of the viewership of the real-time docu-saga of my existence. You are one of a number of people sitting in a dark theater, observing an interplay of light and dark projected upon the wall in front of you, howling at what you see and trust with the credulity of utter enslavement to the fantasy that you have a life outside the pigpen, that your state of mind is legitimate, as legitimate as any of those things you do, in an