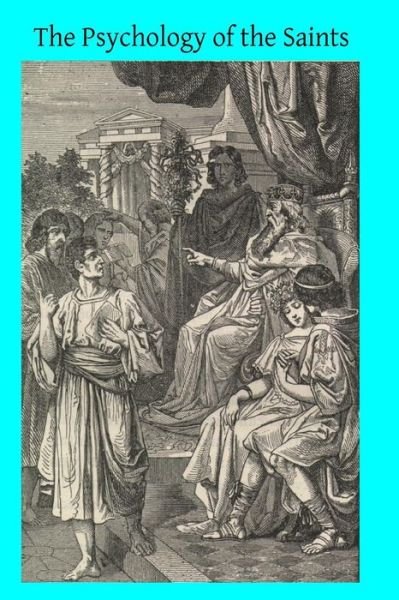 The Psychology of the Saints

The Psychology of the Saints

Publisher Marketing: No-great men and little, we are all of us formed out of the same clay and the same spirit is breathed into each one of us. We stand, as it were, on different steps of the same ladder, which springs from one and the same nature and reaches up to one and the same God.-We may aggravate the original weakness of our nature by yielding to it, or we may use the help offered to us and so develop all the potential strength and beauty it possesses, but whichever course we take, we can never completely destroy a single one of the features of our complex humanity. No matter how degenerate on the one hand, or perfect on the other, they may become, our fellow-men never fail to be objects of warning or encouragement to us. The resemblance we bear to one another affords us the means, while it teaches us the necessity, of applying the lesson to ourselves. It is under the influence of this conviction that the following essay has been written. One by one the strange facts recorded in saints' lives which were scouted by the hot-headed scepticism of a century ago and considered to discredit all hagiography, are now recognised as instances of well-known psychological manifestations. It is little to the purpose that they are explained as due to hypnosis, thought-transference, expectant attention, or other" word-causes"; the point is that, the philosophy which once denied these things as superstitions, is now convicted of superstition in that very denial. The tendency of this reaction to explain all the phenomena in question by purely physiological or psychological laws needs to be counteracted by a sounder criticism which shall fix the limits of what may be so explained, and shall assign to Nature the things that are Nature's and to God the things that are God's; and this is the task to which M. Joly addresses himself in the little volume which is here presented to the public in English dress. It will, however, serve a no less important end if it enables educated Catholics to approach the lives of the saints with a more intelligent sympathy. The spiritual benefit derived from that study depends obviously on the applicabiHty of their example to our own case; and this again, on the resemblance we see between their nature and circumstances and our own. It is this that spurs men to emulate their betters in the various walks of life, -a desire to equal or approach them, as well as a belief in the possibility of the enterprise. When the saints are set before us rather as wonderful than lovable; when we have no conception of the process of their spiritual evolution, how from rudiments of sanctity which are in us all, and by the aid of resources and faculties which we all possess, they obtained a result so different; until we have learnt to set aside all that is merely the clothing and expression of sanctity, and to find that the underlying substance is simply the love of God and of things Divine carried to an heroic degree; we cannot expect to gain much definite profit from the study of saints' lives. Nothing comes out more clearly in these pages than that the saints themselves have been careful to separate from the essence of sanctity those extraordinary gifts and" charismata" in which it is vulgarly supposed to consist; and to place its whole inner substance in an eminent or heroic degree of that charity which is possessed by every soul in grace, and which St Paul sets above tongues, above prophetic insight or foresight, above miracles, even above martyrdom and self-sacrifice when they are notthe fruits of charity.