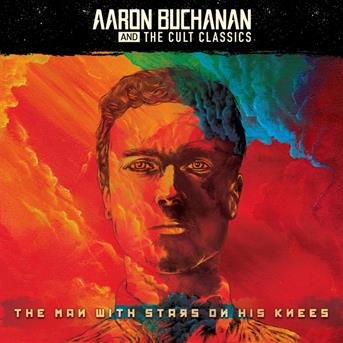 Man With Stars On His Knees

Aaron And The Cult Classics Buchanan

Man With Stars On His Knees

Aaron And The Cult Classics Buchanan

"In 2015, having toured the globe for four years fronting Heaven's Basement , AARON BUCHANAN walked out of one band and immediately got into a studio just out of London with producer James Curtis-Thomas, guitarist Ryan Woods and sister & guitarist Laurie Buchanan. In the years prior, Curtis-Thomas and Buchanan had spoken many times about producing a record with deep, mature, and colourful content; just a few months later and a stint for Buchanan in Australia where many of the vocals were tracked in a shed just outside Brisbane, the now critically acclaimed and award winning record ""The Man With Stars On His Knees"" was born out of a tiny studio just outside London with no hot water or central heating. A true testament to the belief in the music and vision Buchanan had bought to the table.

British rock band AARON BUCHANAN AND THE CULT CLASSICS are releasing a Special Edition of the album ""The Man With Stars On His Knees"" on Friday 22nd of February featuring five brand new bonus tracks, consisting two brand-new studio tracks ""Undertow"" and ""Fire In The Fields Of Mayhem"" and of three live tracks on the CD version.

AARON BUCHANAN AND THE CULT CLASSICS are about to take the world by storm !

""AARON BUCHANAN AND THE CULT CLASSICS have produced a debut album of staggering quality" - Devil'sgatemedia.com

"Without doubt an absolute monster of a release." - Rock poser.com

""It's immediately obvious that Buchanan has seized the opportunity to strike free and plough a fresh creative furrow." - Hard Rock Hell

""Buchanan is back on his feet and swinging from the heavens." - Classic Rock Magazine "

See everything with Aaron And The Cult Classics Buchanan (e.g. CD and LP)