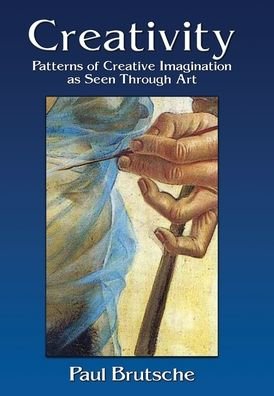 We don't know where creativity comes from. Is it inspired from above? Welling up from below? Picked up from the air?

"Creativity is a mystery wherever you encounter it..." (Rupert Sheldrake).

This book does not claim to reveal this secret. It does not attempt to reduce creativity to a "nothing but," for example to explain it as a special ability of certain creative individuals with special abilities. On the contrary, it is about exploring the fullness and variety of this amazing power, which is the basis of all cultural, artistic, scientific and spiritual activity of man, without attributing it to a simple cause.

The creative imagination is unlimited in its richness of design. At the same time, however, there is a canon of basic forms of creative experience and creative ideas. In other words, creative design is infinitely complex in its respective contents and at the same time follows a limited formal grammar.

To work out the basic forms of this grammar of creativity, this book examines 25 selected works by artists in detail. The guiding idea here is that artists often consciously or unconsciously address the riddle of their creative drive in their works, especially in their self-portraits. Artists are empiricists and experts in the creative process. All their work is shaped by the experience of being stimulated and guided by creative imagination.

Their depiction of this enigmatic creative factor, from which their self-understanding and their creative perspective are derived, thus allows us to sketch, as it were, a general phenomenology of creative expression. In other words, the works of painters show in a both vivid and empirically evidenced way how creativity is basically experienced and in which forms it is expressed and realized.

In order to be able to recognize pictures by artists in this sense as statements about the essence of creativity, they must be understood as symbolic reality, in which the riddle of creativity itself, which is at work in painting, is expressed in the form of a picture. The artist usually does not himself address this reflection on artistic creation in an explicit form. This would be questionable and in the best case lead only to an allegorical paraphrase of the phenomenon of art. Real statements about the essence of the creative are possible, however, if creativity itself is expressed in a pictorially symbolic form, i.e. if the artist does not try intentionally to illustrate his opinion about creativity, but if he allows the creative gestalt itself to appear as such.

This book presents art as something that invites symbolic understanding. In this way, art appears not only as an aesthetic experience, but also as a deep symbolic discovery, in which rich psychological knowledge can be found.

III Dimensions of Creative Consciousness in Examples of Painting

IV Creativity as Interaction Between Masculine and Feminine Factors

VII Creativity and the Experience of Transcendence '

VIII Concluding Reflections on the Nature of Creativity