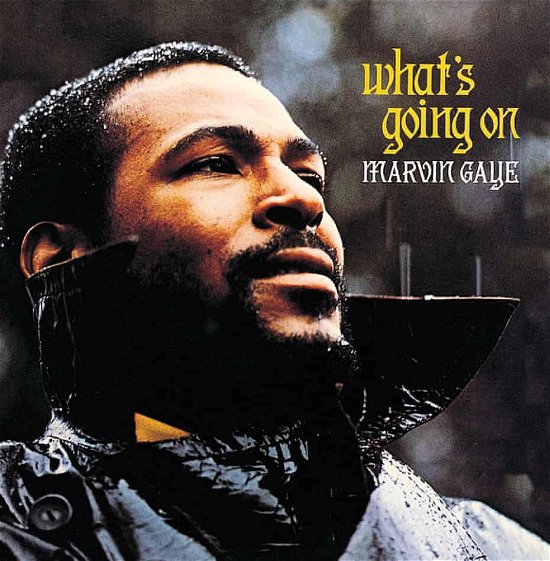 Price
$ 38.99
In stock
Expected ready to ship today or the following workday

This premium vinyl release features direct-to-analog mastering from the original primary album tape reels by acclaimed engineer Kevin Gray, one of the first times this has been done since 1971, offering an undeniably authentic listening experience.

The 50th anniversary deluxe vinyl reissue includes a bonus LP that opens up the album's writing and production palette. Featured are four rare cuts making their vinyl debut, highlighted by a previously unreleased "stripped" version of the title song, plus all six original mono single mixes and their B-sides, with all of those 7" versions on vinyl for the first time since their original releases. With two 180gm records, a tip-on heavy stock jacket, an original gatefold with complete lyrics, this formidable release also includes printed sleeves with track details, a rare image from the cover sessions, and a brief essay honoring arranger David Van De Pitte.

Marvin Gaye's What's Going On continues to be hailed as one of the greatest albums of all time. It was the first of Gaye's albums to break the top ten of Billboard's Top LPs, spawned three No. 1 singles, at the time became Motown's best-selling album, decades later earned the No. 1 spot on Rolling Stone magazine's 2020 list of "The 500 Greatest Albums Of All Time." Marvin Gaye continues to hold his place as one of the greatest singers, composers and producers in this half a century, and What's Going On has proven that its timeless message and sound will continue to change the face of music for years to come.